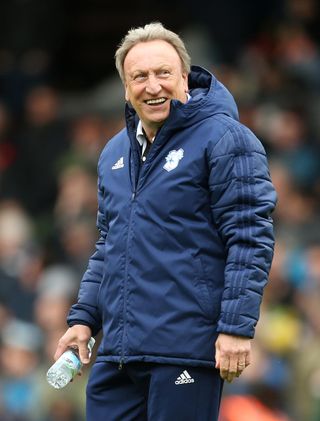 Neil Warnock is expected to remain as Cardiff manager and target an immediate return to the Premier League.

Bluebirds chairman Mehmet Dalman confirmed he and chief executive Ken Choo held talks with the 70-year-old over a potential transfer budget and remain positive Warnock will remain in south Wales.

Dalman told the BBC: “He is the best man for the job, there was never any doubt in my mind.”

Warnock had wanted assurances over a budget that would allow him to bring in the players he felt were needed to mount a promotion challenge.

And Dalman added: “We all share the same vision. We will give it (promotion) another go.”

The Bluebirds lost Iceland midfielder Aron Gunnarsson and loanees Harry Arter and Victor Camarasa at the end of the season and Warnock is keen to bring in adequate replacements.

He still has a year remaining on his contract.