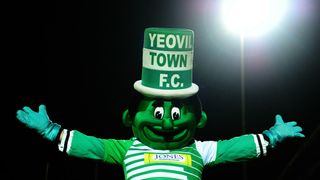 Newport County have been handed a home draw in the fourth round of the FA Cup, facing Tottenham at Rodney Parade, while last season's beaten finalists Chelsea will host Newcastle United if they get through a replay with Norwich City.

Manchester United travel to League Two side Yeovil Town in a repeat of a third-round tie that United won in the 2014-15 season, with Premier League leaders Manchester City set to head to either Cardiff City or Mansfield Town.

Liverpool host Premier League opposition in the form of West Brom and Coventry City's reward for knocking out Stoke City is a trip to MK Dons.

There is one other guaranteed all-Premier League tie as Watford travel to Southampton, with matches set to be played over the weekend of January 27.

When you’re a fan and you just realise you’ve drawn in the Fourth Round  January 8, 2018