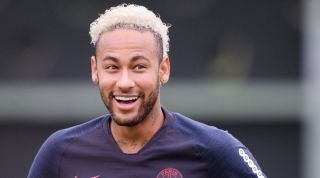 The Brazilian arrived in the Catalan city on Thursday along with his father for the court date.

ESPN FC reports that the pair met with Barça president Josep Maria Bartomeu after days of talks between representatives of the La Liga club and Neymar’s legal team.

The outlet believes that these meetings ended with a positive outcome and while an agreement is yet to be reached on how to settle the matter, both parties want it to be dealt with amicably.

The PSG forward and his former employers hope to resolve the issue outside of the courtroom and Barcelona hope to postpone a trial until next year.

The dispute arose from a contract signed by Neymar while he was still at Barcelona in 2016.

However, that was just four days before he completed a world record €222m move to Paris and the La Liga giants therefore refused to make the payment.

Barça argued that “the agreed conditions hadn’t been met” and went on to sue Neymar for breaching his contract.

They claim the player owes them money from the first part of his bonus that he was handed on signing the new deal, while also demanding €8.5m in damages plus interest.

The case has already been delayed twice, once in January and again in March, in which time the Catalan club have repaired their relationship with the 27-year-old and even tried unsuccessfully to bring him back to Spain over the summer.

Neymar was keen to leave the French capital after two seasons there but was forced to stay put and has been booed by his own fans this season.