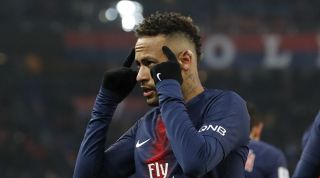 PSG have dismissed a Barcelona bid of £36m plus Philippe Coutinho and Ousmane Dembele for Neymar as "ridiculous", report AS.

The La Liga champions completed the capture of Antoine Griezmann for £108m last week and hope to re-sign Neymar in a players-plus-cash deal.

However, PSG are keen to make a profit on the Brazilian, who they signed for £198m in summer 2017.

And the French giants have told Barcelona that they will not entertain offers of less than £270m.

Neymar has held crunch talks about his future with PSG and informed sporting director Leonardo that he still wishes to depart this summer.

The Brazilian returned to training in France on Monday, one week after he was scheduled to report for pre-season duty.