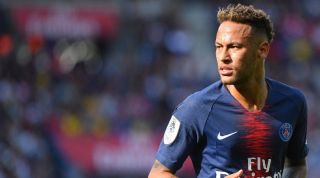 The two came face-to-face several times during the Brazilian’s spell at Barcelona, including some heated clashes.

Neymar, who is currently seeking a return to Camp Nou after two years in Paris, was asked about his toughest opponent during a Red Bull event.

"The best I've played against is Sergio Ramos," he said, as reported by Marca.

"He's an excellent centre-back and what's even better is that he can score goals too."

The Brazil international also had warm words for his compatriot Vinicius, who arrived at Real Madrid from Flamengo last summer.

"He's a very young player and with the passage of time he can become an incredible player," said the PSG star.

"He'll become one of the best and compete for the Ballon d'Or. He'll get to where he wants.

"He's a great guy, very kind. I hope he goes far because he deserves it."