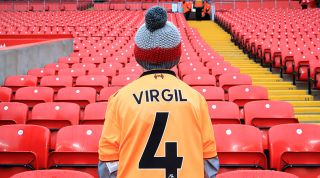 It’s rare that fans are ever happy with a quiet transfer window, but then few are as happy with their side as Liverpool’s right now.

“It will not be the biggest transfer window of LFC,” manager Jurgen Klopp admitted recently. “We invested a lot in the team in the last two years, I would say. We cannot spend every year in the same manner.

“But we’re fine. I’m happy with the team... we are really happy,” he concluded. And of course he bloody is: the Reds were exceptional in 2018/19, winning the Champions League after running Manchester City oh-so-close in the Premier League. Finding players to improve what they currently have isn’t so simple.

But Reds managers of the past weren't so fortunate. Indeed, Klopp himself has spent over three-and-a-half years building to this point, after Brendan Rodgers tried before him. And these are the fruits of their labour: Liverpool’s 50 most recent signings.

We’re giving you 10 minutes to have a crack and then let us know how you did @FourFourTwo – retweets for those who don’t give away answers too. Good luck...