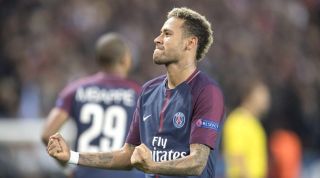 Real Madrid and Barcelona are both wary of Neymar's wage demands, according to AS.

The two La Liga giants have been heavily linked with a move for the PSG forward, who is keen to depart the Parc des Princes.

With the European transfer window set to close on September 2, Madrid and Barcelona are running out of time to complete a deal.

And both clubs have been slightly put off by the Brazil international's wage demands.

Neymar has asked for a five-year deal worth £32m net per season, a figure which will be difficult for Madrid and Barcelona to accommodate.

And according to Marca, Zinedine Zidane's side are also seeking assurances from PSG over the 27-year-old's fitness.

Neymar has suffered multiple metatarsal injuries in recent years, and Madrid are keen to learn as much about his physical condition as possible.

We really need to talk about Everton's defence – because nobody seems to be noticing...