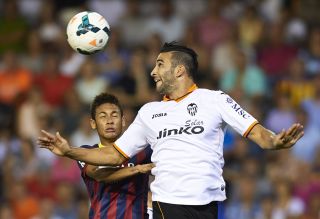 The French centre-back looks set to make the switch to Massimiliano Allegri's side, after being suspended by his current club for criticising team-mates and manager Miroslav Djukic for Valencia's slow start to the the campaign.

And Niang believes he would be a valuable addition to a Milan side, having faced the 27-year-old in a pre-season fixture in the United States.

"Rami is a great defender," he  told Sky Sport Italia.

"I knew him in the United States and also saw him in the France side, so I can say he's a very good player.

"We hope his qualities can help the team."

Milan have slumped to 12th position in Serie A, having taken just eight points from seven matches so far this season.

And Niang is desperate to help the club achieve a spot in the UEFA Champions League through their position in the table.

He added: "I hope that this season I will score more goals. I have to work hard, but the important thing is that the team wins.

"Our objective is to finish in the top three, as we are a great team with quality players. I believe we can do it."