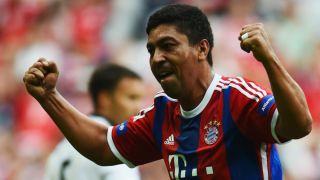 Former Brazil striker Giovane Elber says his country has no chance of winning Olympic gold because they have "no heart".

Brazil will seek to atone for the humiliation of their 7-1 defeat to Germany in the 2014 World Cup semi-final on home soil by winning a first Olympic title in Rio next month.

Barcelona superstar Neymar sat out the Copa America Centenario to make himself available for the Games, but ex-Bayern Munich forward Elber is far from optimistic.

"Compared to this generation, the likes of Ronaldo, Kaka, they stayed hungry, they were really hungry about the titles.

"I think that’s the difference between the team 10 years ago and the team now."