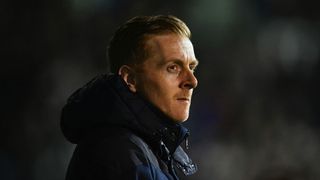 Garry Monk insisted he saw his long-term future at Leeds United after a club statement hinted the departed head coach was unwilling to commit to a long-term contract.

Monk resigned as Leeds United's head coach on Thursday after he was unable to agree terms with the club's new owner Andrea Radrizzani.

Leeds suggested in a statement that Monk's head had been turned - he has been linked with the vacancy at Middlesbrough - but the former Swansea City boss denied that was the case.

"It is with huge disappointment that my time at Leeds United has come to an end," Monk wrote in a lengthy statement released via his Twitter account.

"I saw myself at this fantastic club for many years to come. After discussions with the new owner, we have unfortunately been unable to agree a suitable way for us all to move forward together."

It is with huge disappointment that my time at Leeds United has come to an end... May 25, 2017

Responding to a report that Monk wanted a longer contract than the 12-month deal on the table, Radrizzani wrote on Twitter: "Shocking news from GM. We were keen to do 3 years deal.

"We never receive any request from him and his agent. No regrets, we did our best #mot"

Monk could also be a contender for the newly open jobs at Premier League clubs Watford and Crystal Palace, as well as Sunderland, having led Leeds to a seventh-place finish in this season's final Championship table.