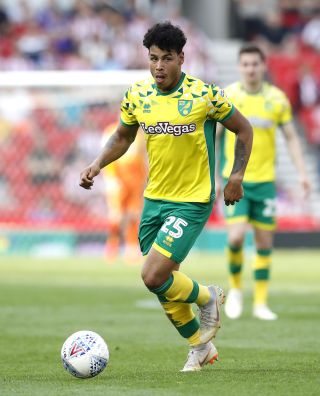 Norwich’s return to the Premier League remains on hold after they were held to a 2-2 draw at Stoke.

The Canaries twice threw away a lead as they wasted the chance to move further clear of chasing Leeds and Sheffield United.

Onel Hernandez gave Norwich the lead midway through the first half, before Ashley Williams levelled just after the break.

Teemu Pukki restored the visitors’ lead against the run of play on 66 minutes. But they held it for just three minutes after Ryan Edwards levelled with a wonderful goal.

The visitors got off the better start against a Stoke side with nothing to play for with Hernandez firing an effort narrowly wide on four minutes.

Marco Stiepermann was the next to go close for the visitors, before Sam Clucas headed over from a Thomas Edwards cross on 11 minutes.

Jack Butland pulled off a brilliant save to keep out Pukki’s header on 21 minutes.

And Thibaud Verlinden failed to get hold of his shot as Tim Krul saved easily a minute later.

It was the Canaries who took the lead on 25 minutes when Hernandez pounced on a loose ball to hammer home.

Batth just failed to get on the end of a teasing Edwards’ cross on 37 minutes as Stoke started to enjoy a better spell.

That dominance almost paid off when James McLean fired straight at Krul just before half-time as some sloppy defending nearly cost Norwich dear.

After the restart, Benik Afobe failed to hit the target after losing his balance from a Joe Allen pass.

But it was not long before Stoke equalised when Ashley Williams headed home from Verlinden’s cross at the back post with just two minutes of the second half gone.

Krul clung on to a deflected Verlinden effort on 51 minutes, before Clucas saw an effort deflected for a corner minutes later.

However Norwich went ahead with 66 minutes on the clock when Pukki flicked home from a Mario Vrancic cross.

But Edwards levelled with his first goal for the club with a brilliant finish minutes later.

Norwich almost snatched all three points with five minutes remaining when Jamal Lewis dragged an effort wide. A point puts Norwich closer to the Premier League and they could clinch promotion on Saturday night when they host Blackburn.