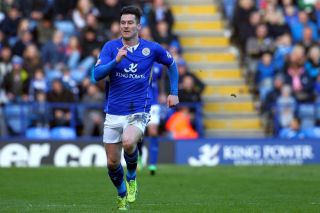 The former Portsmouth striker believes he can work his way back into international contention, with his only appearance – and goal – coming against Andorra in 2007.

"Rickie's done ever so well for Southampton, signed for his boyhood club [Liverpool] and got into the World Cup squad," Nugent told The Independent.

"I've just turned 29 and there aren't a lot of English strikers who scored a lot of goals in the Premier League last season.

"Then you're looking at Danny Welbeck, who doesn't play much for Manchester United. After that it's take your pick.

"Hopefully I can score a few goals, get in that window and see what happens."

As for his only international goal, Nugent said it was what any good striker would do.

He poked in a goal-bound shot from Jermain Defoe that was set to cross the line, only for Nugent to intervene and make sure.

"Any striker hungry for goals would have done the same," Nugent said.

"I spoke to Jermain after the game and he said that he would have done the same."

Leicester City open their campaign at home to Everton on Saturday.