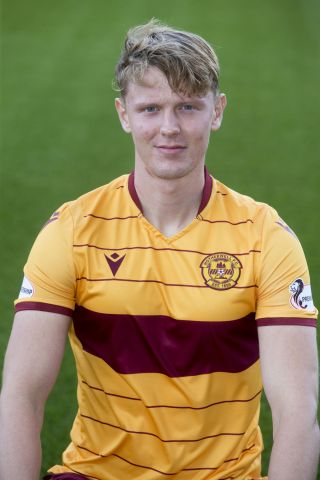 Mark O’Hara believes he can have another special season after joining Motherwell on deadline day.

The midfielder moved on a season-long loan from Peterborough after enjoying a successful temporary spell at Lincoln in the first half of the year.

The former Kilmarnock and Dundee player moved south in the summer of 2018 and hit four goals in 29 appearances for Posh before his first campaign in England took an unexpected twist.

“It was a strange season,” the 23-year-old said. “I went down and I felt as if I was doing well and then I found myself out on loan. But it proved to be one of the best things I had done because Lincoln won the league last year.

“When I went there in January, Lincoln were top of the league and there was a real buzz about the place. It was brilliant working with the managers (Danny Cowley and assistant Nicky Cowley). They have moved on to Huddersfield now. I feel I learned a lot in a short space of time.

“Sincil Bank holds about 10,000 and every week was a full house and it was a real party atmosphere. It’s hard to describe, you needed to be there to believe it.

“It’s a strange environment, football, you never know where you are going to be. This summer was very strange in the sense I didn’t know where I was going to be but I’m glad to be here now and hopefully I can help Motherwell have a good season.

“As soon as I knew about Motherwell I had to hold a couple of people off, but this is exactly where I wanted to be. It was nervous because it went right down to the wire and I had to gamble a wee bit, but thankfully I got here.

“It’s a really strong squad, a competitive squad, and there’s no reason why we can’t achieve top six, and that’s something I want to be part of. It seems a really ambitious season for the club.

“Over the last couple of years players have really developed here. I still see myself as a young player with lots to learn and I’m here to learn off the guys and work with the team and hopefully I can become a better player.”

O’Hara has made two appearances off the bench and is pushing for a start ahead of Saturday’s trip to face St Johnstone.

“I played in the reserves in midweek and got my first 90 minutes in a while,” he said.

“Maybe I was a bit behind when I first came, but I have had a really tough training schedule to get up to speed and I feel as if I am there now.”