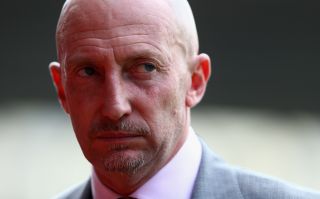 Holloway's men lost all of their Premier League games in September before suffering a fourth consecutive defeat against Liverpool on Saturday.

They currently sit 19th with just three points on the board but O'Keefe has urged the Palace board to keep faith with Holloway, claiming his experience in the Premier League can keep the club in the top-flight.

"Changing manager would be stupid and not the right thing to do," said the 22-year-old.

"The players are behind him and I am sure the staff are too. He has been at this level before and if anyone is going to get us out of this situation and get everyone together, he is the man."

Palace have scored just once since their 3-1 victory over Sunderland on August 31 - the club's only league win this season.

However, O'Keefe is targeting an end to their poor run of form when they take on fellow strugglers Fulham after the international break.

"It’s about us gelling together and working together. There is no panic among the players,” he continued.

"September wasn’t the best month as we didn’t get a point but it is still early and we have had a run of difficult fixtures.

"Next we have Fulham at home and that is a big game and then Arsenal at home and you never know what could happen in that.

"After that we have a good run of games and closer to Christmas is where you should start to look at it."