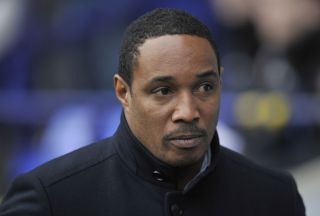 The former England international was relieved of his duties, together with assistants Alex Rae and Steve Thompson, on Tuesday after a dismal run that saw Blackpool pick up one point from nine Championship games.

It had been reported that Ince was informed of the club's decision through a text message and this has now been corroborated by Oyston.

However, Oyston feels he was left with little choice due to Ince being away on a coaching course, which he had not informed the chairman he would be attending.

Oyston told Sky Sports : "Following a meeting on Sunday, I told them (Blackpool's management team) in no uncertain terms that things had to change. Paul promptly went off on a coaching course and I heard nothing from Alex (Rae) or Steve Thompson.

"We couldn't get hold of Paul so we relayed the message that we had decided to make a change and obviously informed him in writing.

"It was done by letter but obviously I informed them that we were making changes via text because I couldn't get hold of them.

"I don't want to get into mud-slinging. It's a case of priorities and I'd have liked our management team to have placed player recruitment as their priority. We all agreed that was the only way of arresting our slide.

"I wasn't made aware by Paul that he was going on a coaching course and would be disappearing off the face of the earth for two days. I was disappointed about that."

Oyston claims the decision to dismiss Ince was taken with a heavy heart.

"It's very unpleasant and only the second time I've had to make managerial changes in my 15 years at Blackpool. We've always majored on stability and trying to keep managers.

"It's never pleasant to put people out of work. You don't get into football to do that. On a personal level, I get along with all three of them and I think they're all good people, but you've got to do what's best for the football club."