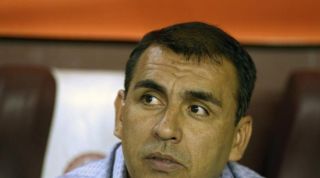 Pedro Sarabia's men are four points clear at the top, but second-placed Cerro Porteno have a game in hand.

Libertad have just four games left to play, putting them in a good position to secure the title.

They left it until the 92nd minute to secure their latest victory, with Benegas heading in a set-piece to give Libertad the three points.

Jonathan Fabbro scored a second-half brace for the victors, who ended a run of six matches without a win in all competitions.

At the other end of the table, 12 de Octubre have been relegated after suffering a 4-2 loss at home to Sol de America.

Elsewhere, Sportivo Luqueno drew 1-1 against Nacional Asuncion and struggling Rubio Nu played out a 1-1 result at home to General Diaz.