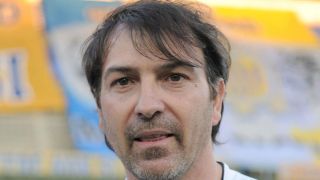 The Tardini club 1are currently bottom of Serie A, with just 10 points from 23 matches, while their last home game with Udinese was postponed due to their financial difficulties.

They were denied a UEFA licence last year, meaning they were unable to compete in the Europa League despite securing a spot via their league finish at the end of the season.

The club have been unable to pay players, and suffered a one-point deduction as punishment.

"I've realised that we were on the Titanic," Melli told Corriere dello Sport.

"Above deck it's all first-class, beautiful, shiny, with people dancing, like [former president Tommaso] Ghirardi and [CEO Pietro] Leonardi. But then there's the second level, the third.

"I thought we'd sink with the first obstacle we hit. The iceberg was the UEFA licence. Do you remember what happened to the Titanic?

"Those in first class were saved, those below were left to die.

"And obviously the captain, the one with the beard, goes down with his ship. Who's the captain here? Donadoni of course."