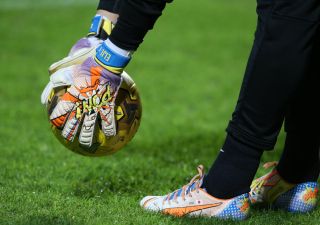 The Jags were without a win in six league games but buoyed by Saturday’s unexpected 1-1 draw at runaway leaders Dundee United.

Partick had a great chance to put themselves in front when awarded a penalty in the 19th minute following a foul by Jonathan Afolabi on James Penrice. However, Stuart Bannigan saw his spot-kick saved by Dunfermline keeper Owain Fon Williams.

Partick striker Zak Rudden came close to breaking the deadlock at the end of the first half, but his rising shot clipped the crossbar.

With 18 minutes left, the Pars got themselves ahead when Euan Murray drilled the ball in following a corner.

Partick, though, snatched a share of the points with almost the last action of the match when Graham nodded in Reece Cole’s cross.

The Jags close to within two points of Queen of the South, and hold a match in hand.