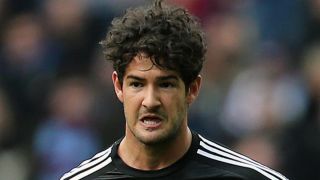 Alexandre Pato has agreed a four-year deal with Villarreal, joining the Spanish side from Corinthians for an undisclosed fee.

Pato returned to Corinthians in July following an unsuccessful loan spell at Chelsea which saw him make just two Premier League appearances for the Blues having joined them in January.

The 26-year-old striker's contract with the Brazilian club was due to expire at the end of 2016, but he will now represent Villarreal until 2020.

In an Instagram post, Pato wrote: "I am very happy about this new challenge in my career with Villarreal! I arrive with a lot of desire and excitement!"

Pato was tipped for huge success when he joined AC Milan from Internacional in 2007, but injuries hindered his progression and he was repatriated by Corinthians in 2013.

After a disappointing first season with the Paulista giants he spent almost two years on loan at Sao Paulo, rediscovering some of his best form.

Pato has been capped 27 times by Brazil and is now looking to kick-start his career in LaLiga with Villarreal, who finished fourth last season.