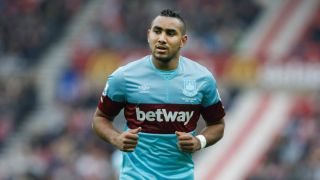 The Croatian thinks Payet has already reached hero status at Upton Park after a series of sparkling individual performances.

A £10.75million signing from Marseille in the off-season, Payet has caught the eye of top clubs across Europe with his dazzling displays, but Bilic claims he will not be selling his prized asset – no matter what fee is involved.

"There have been a few big players. I think the last player to make such a big, big impact in no time was Paolo Di Canio," he said.

"I know what Dimitri’s done from his time at Marseille. He was doing the things he’s doing for us last year, and the year before – that’s why we got him."

He added: “From my point of view, there’s not enough money in the world for him.

"I know what’s been normal in previous seasons, not only with West Ham but many other clubs.

"We were like a selling club, but we’re moving stadiums, we are talking and acting like we’re going to try – not overnight – but try to raise the club up.

"For me, the most important thing regarding that is not to sell your best players.

"He is our player, we want him to stay and he’s staying."

Payet is West Ham's leading goal scorer in the league this season as the club sit sixth in the table, six points outside the top four.