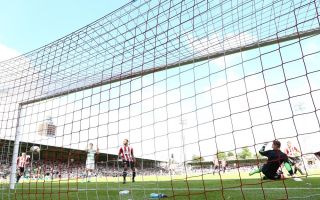 Garcilaso will now head into the second phase of their domestic campaign as the number one seed.

Universitario held on to second position as they thumped nine-man Jose Galvez 5-1 at home.

Raul Ruidiaz scored an extraordinary four goals, with his first-half brace coming within the first 28 minutes.

The deadly striker completed his hat-trick on 56 minutes before adding a fourth in the 74th minute.

A fifth was added by Universitario's Jankarlo Chirinos in stoppage time.

Jose Galvez's sole goal came through Junior Alberti's 35th-minute penalty and they had two players, Fisher Guevara and Ricardo Salcedo, sent off in the second half.

Sporting Cristal came from a goal down to defeat Cesar Vallejo 4-2, with Carlos Lobaton's two late strikes proving the difference.

Vallejo led the contest for five minutes when Daniel Chavez put them 2-1 up on 32 minutes.

But Horacio Calcaterra's leveller saw the contest level until the 87th minute when Lobaton snatched the lead back for Cristal.

In other results, UTC Cajamarca overcame Juan Aurich 2-1, Leon de Huanuco won 1-0 against Union Comercio and there was a goalless draw between Pacifico and Cienciano.