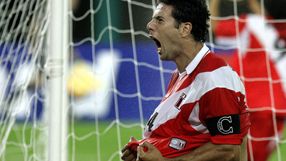 The Werder Bremen striker was included by coach Sergio Markarian in a squad which is due to play two friendlies in Europe at the end of this month.

Pizarro, 32, was banned from the national team for 18 months along with team mates Santiago Acasiete, Jefferson Farfan and Andres Mendoza for indiscipline at the team hotel following a World Cup qualifier against Brazil in November 2007.

His ban was later cut to three months along with those on Farfan and Acasiete, however, he was never recalled by the then coach Jose del Solar.

Without him, Peru floundered and finished bottom of the qualifiers for the 2010 World Cup in South Africa.

Pizarro, who has always maintained his innocence, holds the record for the number of Bundesliga goals scored by a foreign player.

"I'm very moved by this as I wanted to play for the national team again," Pizarro told Peruvian media. "I don't consider myself an 'uncle'. I can keep playing for many years."

Peruvian football has been plagued by in-fighting among the directors for years and the country has not qualified for a World Cup since 1982.

Players are often accused of indiscipline but in turn complain of harassment by the country's tabloid newspapers and reality television shows.

Peru are due to play one friendly in Madrid on March 25 against opponents yet to be named and then face Ecuador in the Netherlands four days later.