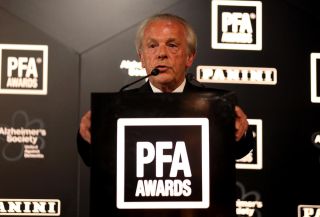 The Professional Footballers’ Association accepts players must “share the financial burden” during the coronavirus pandemic after Health Secretary Matt Hancock called on Premier League stars to take a pay cut.

Clubs from the Premier League to League Two have already placed non-playing staff on furlough leave under the Government’s coronavirus job retention scheme but pressure is mounting on players to accept wage cuts or deferrals.

After Hancock weighed into the debate during Thursday’s daily government briefing to urge top-flight professionals to “make a contribution, take a pay cut and play their part” while the season is suspended, the PFA accepted players must be accommodating in order to mitigate the financial impact of the Covid-19 outbreak.

The players’ union said in a statement: “We fully accept that players will have to be flexible and share the financial burden of the Covid-19 outbreak in order to secure the long-term future of their own club and indeed the wider game.

“Our advice going out to players at this point reflects that expectation.”

Bournemouth manager Eddie Howe and his Brighton counterpart Graham Potter have agreed to wage cuts in the last two days, along with other senior staff at those clubs, while players and management staff at Championship leaders Leeds have agreed to defer wages.

But some Premier League clubs have made use of the furloughing scheme – including Tottenham in a move criticised by their former player Gary Lineker – and the PFA added that clubs should only be doing so if it is absolutely necessary.

The statement added: “We are aware of the public sentiment that the players should pay non-playing staff’s salaries. However, our current position is that – as businesses – if clubs can afford to pay their players and staff, they should.

“The players we have spoken to recognise that the non-playing staff are a vital part of their club and they do not want to see club staff furloughed unfairly.

“Any use of the government’s support schemes without genuine financial need is detrimental to the wider society.”

Former Manchester United and England defender Gary Neville scolded Hancock for his remarks, writing on Twitter: “I wish I was a player for 10 more mins. The PL players are more than likely working on a proposal to help clubs, communities and The NHS.

“It takes longer than 2 weeks to put together. Matt Hancock calling them out when he can’t get tests in place for NHS staff is a f@@@@@g cheek!”

Knight said that clubs which furlough non-playing staff but do not impose cuts on player wages should be subjected to a windfall tax if they do not change approach by next Tuesday, April 7.

“The purpose of the coronavirus job retention scheme is not to support the economics of Premier League clubs,” Knight wrote.

“Your organisation should be role modelling a responsible approach rather than tolerating divisive practices.

“European clubs, including Bayern Munich, Juventus and Barcelona, have shown that it is possible to reach an agreement with players whereby they agree to take pay reductions for a set period. I would like to request that the PL seek to broker an agreement between member clubs to change their approach.”

Premier League clubs are due to gather via conference call for a shareholders’ meeting on Friday morning, where it is expected they will be briefed on discussions between the league, the English Football League and the PFA.

Consideration will be given to an indefinite suspension of the professional game in England rather than a fixed date, with the landscape having shifted significantly since March 19 when the decision was taken to suspend action until at least April 30.

The FA is due to announce steps it is preparing to take in due course. In a statement released on Thursday afternoon, the national governing body said: “We want to ensure that we take the appropriate course of action to support the wider organisation and our employees.”

As well as cuts and deferrals, the issue of extending player contracts beyond June 30 is also being discussed, with the intention still being to complete the 2019-20 season in the summer months, behind closed doors if necessary.

FIFA and UEFA have set up working groups to look at this issue, with the general secretary of world players’ union FIFPRO Jonas Baer-Hoffmann saying earlier this week that a “harmonisation” was being sought whereby contracts are extended until the point the season actually ends.

FIFA president Gianni Infantino has called on football to take ownership of its own planned response to the crisis.

“Football is not the most important thing, health comes first and should remain our priority until this sickness has been defeated,” he said in a video address from Switzerland.