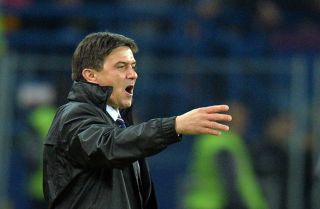 Fornalik was appointed in July 2012, after former incumbent Franciszek Smuda was dismissed on the back of a poor showing at UEFA Euro 2012 on home soil, which saw the Poles fail to get out of their group.

But Fornalik paid  the price for failing to guide the team to the FIFA World Cup, with losses to Ukraine and England in Group H of the UEFA qualifying section consigning Poland to fourth place.

They suffered an inconsistent campaign, having taken 13 points from their 10 matches with three wins and as many losses, but the former Ruch Chorzow insisted he would hold fond memories of his time in charge.

"It was a special time for me," Fornalik said.

"Many thanks to all those with whom I have worked with."

President of the Polish Football Association Zbigniew Boniek added: "I would like to thank the coach and wish him good luck in his future coaching (roles)."

Poland have failed to qualify for consecutive World Cups, having also failed to make it to South Africa 2010.