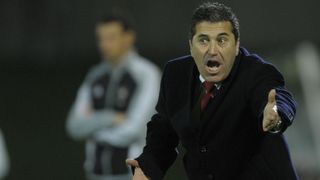 Porto have announced the appointment of Jose Peseiro as coach on an 18-month deal with an option for an extra year.

Peseiro left his role at Egyptian side Al Ahly this week and has now been confirmed as the replacement for Julen Lopetegui, who was dismissed on January 8.

The 55-year-old will be joined by Alexandre Santos, Ricardo Dionisio, Rui Barros and Daniel Correia, who will form his backroom staff.

Peseiro was previously an assistant coach at Real Madrid and has been in charge at Sporting, Braga, Panathinaikos and the Saudi Arabia national team over the course of his career.