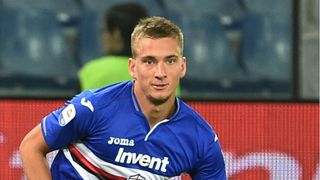 Belgium international Dennis Praet has extended his contract at Sampdoria until 2021.

Praet was heavily linked with a move to Juventus in the close-season but it failed to materialise and he has added another year to his deal in Genoa.

The 24-year-old recently earned a return to the Belgium set-up, featuring in a 1-1 draw against Netherlands in October, earning his second cap almost four years on from his debut.

Praet has made 80 appearances and scored two goals for Sampdoria since arriving from Anderlecht in 2016.