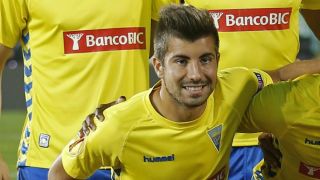 The renowned penalty-taker failed to convert from the spot with six minutes remaining against Pacos de Ferreira but made up for his error with a goal in the 86th minute, which clinched a 1-0 victory for Estoril.

It was Toze's third goal in four matches, including a successful penalty against Penafiel just before the international break.

Fabiano Soares - Estoril's coach - could not believe Toze missed from the spot but was relieved to get on the winners' list again.

"It was a deserved victory and achieved even after we missed the penalty from Toze, who never fails penalties, not even in practice," the Brazilian coach told O Jogo.

Speaking to Sport TV, Toze added: "There are moments in the game where things do not go along. I knew I had to react to help my teammates, we got the win and that was the most important thing."

The win was Estoril's first in the Portuguese first division since January 25 and took them above Boavista into 12th position in the standings.

Seventh-placed Pacos (38) extended their winless run to three games as they failed to make ground on the Primeira Liga's UEFA Europa League positions.