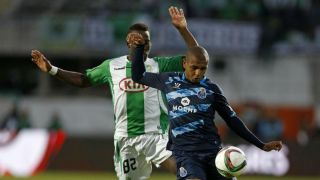 Julen Lopetegui's Porto side failed to close the gap on champions Benfica last week, drawing 0-0 in the top-of-the-table encounter.

But Porto quickly cut the gap back to three, having moved into the lead at Estadio do Bonfim through Yacine Brahimi's seventh league goal of the season 15 minutes in.

Vitoria Setubal's loss meant that Penafiel just about kept their head above water, but a 0-0 draw at home to Academica means the league's bottom club are seven points adrift of safety with just nine to play for.

Arouca are not yet out of the mire and they could only muster a 1-1 draw at Maritimo, while Idrissa Mandiang was on the scoresheet twice as Boavista defeated Moreirense 3-1.