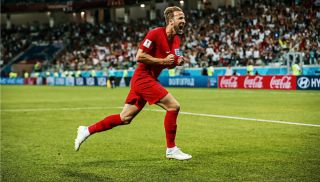 England captain Harry Kane expressed pride at winning the World Cup golden boot but was keen to deflect praise to his team-mates.

Kane was the top scorer in Russia with six goals, though he failed to find the net after the last 16.

He ended the tournament two goals ahead of the chasing pack, which included France's Antoine Griezmann and Kylian Mbappe and Belgium's Romelu Lukaku.

The Tottenham striker said: ''Very proud to have won the #WorldCup golden boot. Not possible without my team-mates and all the hard work that goes on behind the scenes.''

Only three of Kane's goals came from open play, his other three coming from the penalty spot.

Very proud to have won the golden boot. Not possible without my teammates and all the hard work that goes on behind the scenes. July 16, 2018