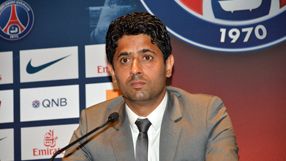 The deal, under which the Qatar Tourism Authority (QTA) will pour up to 200 million euros a year into the club until 2016, will be made official in the next few weeks, Khelaifi told the sports daily L'Equipe.

The deal is worth twice the club's revenues for the 2010/11 season and has been questioned with some pundits suggesting it was out of proportion.

PSG will have to comply with the new fair play regulations which require clubs not to spend more than they earn. They are expected to submit the contract to the European governing body UEFA in the coming months.

"The contract with QTA is justified because PSG's influence in the whole region, not only in Qatar, has been important," Al Khelaifi said in his first public comments on the issue.

"We have been building an international brand. This deal is a strong symbol. Qatar have benefited a lot from their investments in PSG."

PSG have spent more than 250 million euros in transfers since the Qatari fund QSI bought the club in June 2011, far more that they can afford to if they only spend what they earn.

The advertising contract will help them continue their expansion and will be retroactive, meaning it will finance their off-season high-profile signings, such as Zlatan Ibrahimovic, Thiago Silva or new recruit Lucas Moura.

"We will keep on investing," Khelaifi said.

"It's necessary to become one of the great European clubs. Other clubs have invested for 20 years. We have been there for a year-and-a-half and now we must stop pouring money? It would be unfair."