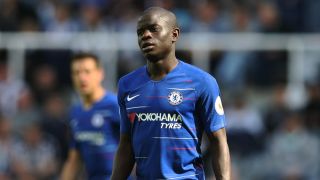 Ligue 1 champions PSG are reportedly interested in luring Kante to the French capital after he helped France to World Cup glory.

However, Tuchel refused to be drawn on the speculation regarding Kante – who is entering his third season at Chelsea.

"So there is no comment on Kante, of course, not for the transfer window."

FULL TIME: A thrilling end to an exciting win for PSG. Well done lads and thank you Singapore!! July 30, 2018

After helping Leicester City to a remarkable Premier League triumph in 2016, Kante moved to Chelsea the following season and the 27-year-old has added another league title to his collection as well as the FA Cup.