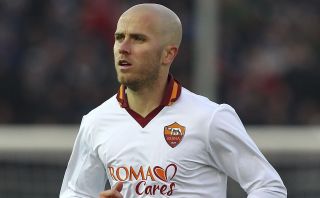 Bradley has fallen out of favour at Roma this season and is behind former PSV man Kevin Strootman in the pecking order at the Stadio Olimpico.

Roma have also added to their midfield ranks in the January transfer window with the capture of Radja Nainggolan from Cagliari, a move that has cast 26-year-old Bradley's position with Italian capital club in doubt.

The United States international has been linked with both PSV and MLS side Toronto, but Bradley is keeping his options open.

"We respect that, meanwhile, we continue to look at other players."

Seventh-placed PSV face Eredivisie leaders Ajax a week on Sunday in their first game since the mid-season break as Phillip Cocu's men aim to climb the table following a disappointing first half of the campaign.