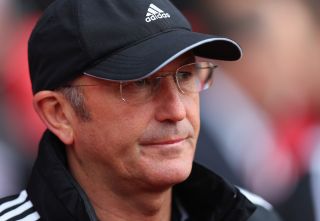 Pulis left Stoke City in May after seven years in charge during his second stint at the Britannia Stadium, a spell that included the club's promotion to the Premier League.

Holloway was sacked by Palace last week after a 4-1 home defeat to Fulham and they currently sit bottom of the Premier League with just three points from their opening nine games.

Palace co-chairman Steve Parish has already name-checked Pulis as a likely candidate for the role and the Welshman is keen to get back into the dug-out following a refreshing spell away from the game.

"I've had a good break and I've enjoyed it," he told Sky Sports News. "It has been lovely to be home with the family but I'm starting to get itchy feet.

"You talk about taking over at a football club if a club wants you, but it has also got to be right for the manager going in there.

"Whether it is clubs that people have talked about or not, it is just finding the right fit, and hopefully one of those will come along pretty quickly."