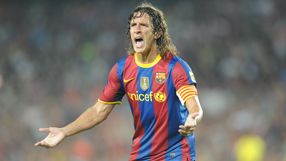 The Spain defender has been working to recover from a left knee injury sustained in January, but despite re-joining the squad for their last two training sessions he was ruled out of Tuesday's game, the club's medical services added.

Barcelona, leaders of La Liga, need to overturn a 2-1 deficit at the Nou Camp if they are to make the Champions League quarter-finals.