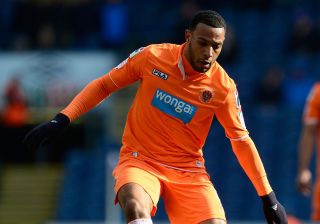 The Scotland winger has been linked with a move away from Bloomfield Road throughout the close-season and QPR have won the race for his signature after agreeing an undisclosed fee.

Phillips - who would have been out of contract at Blackpool at the end of the current season - has signed a four-year deal at Loftus Road.

The 22-year-old is looking forward to getting started at his new club and is already targeting a return to the Premier League.

"QPR are a club with huge ambition," he told the club's official website. "The direction in which the club is heading, with the signings that have already been made this summer, it seems like the perfect time to come here.

"We all know what Harry Redknapp is about and personally I can’t wait to play for him.

"I’ve had a taste of the Premier League and nothing would please me more than to help get QPR back into the top flight.

"I’m very excited to be here and relishing the opportunity to play for the club."

Redknapp was delighted to have secured the signature of Phillips, and expects him to make a big impression.

"He can take people on and make things happen," the 66-year-old said. "He’s quick, he gets at people, he can make goals and he can score goals.

"He gets people off their seats and that's what you want to see as a supporter. He’s a really exciting signing for us."

Phillips will have to wait for his QPR debut as he is currently recovering from a a broken arm sustained during pre-season.