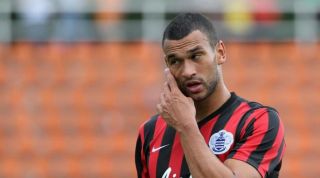 The former Cardiff City defender was out for Sunday dinner with team-mates at an event reportedly also attended by Crystal Palace squad members, but subsequently required medical attention for a cut to the head.

Newspaper reports on Tuesday suggested the 22-year-old had been involved in an altercation while at the event, but QPR issued a statement to quash those rumours.

"Following Saturday's Premier League win versus Burnley, and with no further fixture for nine days, the club can confirm players were allowed to have a Sunday lunch together," it read.

"Steven Caulker was not involved in an altercation.

"He did suffer a cut to his head, which he received treatment for at hospital before being discharged on the same evening."

QPR chairman Tony Fernandes also took to Twitter to respond to the speculation, adding: "I'm aware of some headlines appearing in [Tuesday's] newspaper. After a great win boys were given permission for a Sunday lunch.

"Team is very united and really playing for each other. Steven Caulker slipped over and hurt his head and is fine. Nothing else to report."