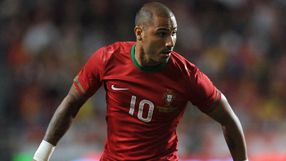 The 29-year-old former Barcelona, Inter Milan and Chelsea forward replaced Cameroon midfielder Achille Emana as one of the four foreign players at the club, The National newspaper said.

"It is a sign of our ambition," club chief executive Ahmed Khalifa was quoted as saying by the newspaper ahead of the player's official unveiling later on Wednesday.

"It's very rare to find a player of his quality at this time of year and the negotiations were therefore kept very secret. There were a lot of eyes on Ricardo, a lot of people looking to gain his services, but in the end we were able to sign him.

"OK, Ahli is not Liverpool, Barcelona or Manchester United, but in this region, we hold that reputation. Ricardo understands this and is looking to be a success here," the official added.

FEATUREWhat the Dickens?! How Ricardo Quaresma fell on hard times

Besiktas terminated Quaresma's three-year contract six months early in December, ending a troubled stay at the club in which he clashed with then manager Carlos Carvalhal during a Europa League clash last March.

The Portuguese international will make his Al Ahli debut against league champions Al Ain on January 21.

"He's played for Inter Milan, Barcelona, Chelsea and was successful in Porto, too. So a player with this experience won't find any problems settling in the UAE," Khalifa said.