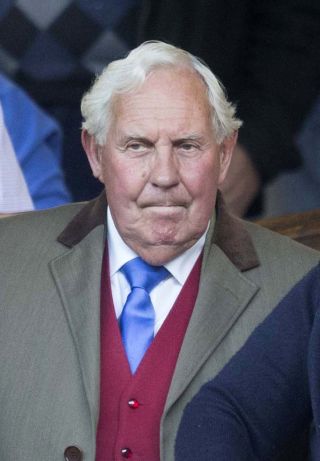 During his playing days, Brown was a member of the Light Blues’ famed Iron Curtain defence and he later went on to manage the national team to their greatest ever victory – the 1967 Wembley win over world champions England.

Rangers chairman Dave King said: “All of us connected with Rangers are deeply saddened to hear that Mr Brown, a genuine Rangers and Scotland legend, has passed away. Our thoughts are with Mr Brown’s family at this time.

“He was a wonderful servant of our club and we will remember him with great fondness. He was a gentleman of the game and set standards which typify what Rangers is about.”

Brown joined Rangers from Queen’s Park in 1946 and made 296 appearances for the club, keeping 109 clean sheets, as a part-timer as he combined football with life as a schoolmaster.

He never missed a league game for six years, playing 179 consecutive matches during 1946 and 1952, and won three league titles, three Scottish Cups and two League Cups at the Light Blues.

Brown left Rangers for Falkirk in 1956 before later retiring and becoming manager of St Johnstone, leading the club to the top division, prior to his stint in charge of Scotland.

He was inducted into the Scottish Football Hall of Fame in 2015.

A minute’s silence will be held before Rangers’ Scottish Cup tie with Stranraer at Ibrox on Friday night.