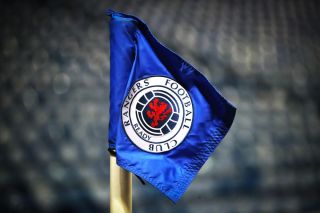 The Light Blues managing director made the claims after confirming Rangers will appeal against fines issued over separate incidents against Celtic and Hibernian.

Robertson revealed he has been engaged in behind-the-scene attempts to force an overhaul after accusing the Scottish Football Association’s independent judicial panel of denying Rangers “natural justice”.

Rangers were charged after Ryan Kent made an apparent gun gesture when scoring the opener in his side’s 2-1 derby win at Parkhead on December 29, while Alfredo Morelos attracted controversy when he drew his hand across his throat as he walked off following a stoppage-time red card.

This resulted in a £7,000 fine – with a further £3,000 suspended – before they were also cited over another flashpoint at Hibernian on December 20.

The Rangers bench clashed with home coaching staff during another stormy affair and both incidents have now landed Rangers with fines totalling £15,000 – with £5,000 suspended until the end of the season.

But Rangers are unhappy with the ruling and Robertson insists they will not let the matter lie. He told RangersTV: “We’re extremely disappointed. We’re going to appeal it.

“We have been disappointed for quite some time in the way that the disciplinary process is working. We’ve been quite vocal in that.

“There’s also been a lot of lobbying going on in the background for changes and it’s good to see other clubs are joining in that lobbying campaign at the moment.

“There will be more to come out on that in due course but we will be appealing the fine.

“We’re extremely disappointed in the fact it’s almost a double jeopardy. The player can be punished but the club can also be punished. That’s just not right.

“The basic rule that applies, or has been applied in this situation, we don’t feel is fair. There is no natural justice to that.

“But beyond that we feel there are still severe flaws within the judicial process and we are in active discussion with the SFA to address that.

Rangers previously claimed Morelos had made a “gesture used commonly throughout South America to indicate quite simply that something – in this case, the match – is finished”.

But that did not wash with the SFA independent disciplinary panel, who fined the Light Blues chiefs an immediate £7,000 – with another £3,000 payable if there is a repeat offence in the final three-and-a-half months of the current campaign – after ruling they had breached disciplinary rule 204.

The scenes at Easter Road earned the club another immediate £3,000 fine, with a further £2,000 suspended until the end of the season.

Gerrard’s bench exploded with rage as Hiberian defender Ryan Porteous was sent off for a wild lunge on Borna Barisic, ending in an ugly spat with the home bench.

Rangers coach Tom Culshaw has already been handed a two-game ban – one suspended – while Jack Ross’ number two John Potter was issued with a censure after both were sent to the stands following the touchline melee.