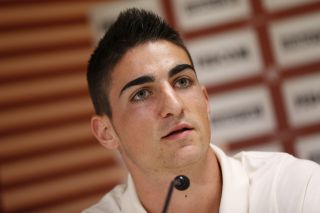 The 19-year-old moved to the Stade Louis II from Sporting Gijon in August, but has made only two first-team appearances under Monaco coach Claudio Ranieri.

Lopez will remain at the Estadio del Rayo Vallecano for the rest of the campaign, with the club involved in a relegation battle in La Liga.

"Borja Lopez, the young defender who turns 20 on Sunday, joined the club Rayo Vallecano in Spain, currently 19th in La Liga, on loan," read a statement on Monaco's website.

Paco Jemez's side sit five points off the bottom of the table, with Lopez able to make his debut against Levante on Saturday.

Lopez came through the Sporting Gijon youth system before joining Monaco in August.