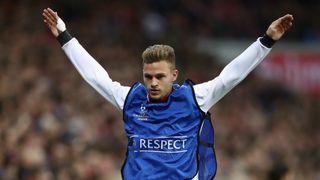 Reports in Germany suggested that Kimmich is thinking about leaving Bayern in order to get more playing time, but the club issued a strong rebuttal on those rumours on Tuesday.

Kimmich represented Leipzig between 2013 and 2015 and has been tipped with a return to the club, who will finish second behind Bayern in the Bundesliga.

However, Rangnick says the Germany international is out of their price range.

"Kimmich is not an option financially," Rangnick told Bild.

"Plus it would not be a logical next step in his career."

Kimmich has scored eight goals in 39 appearances in all competitions for Bayern this term.

The midfielder's contract at the Allianz Arena runs until June 2020.