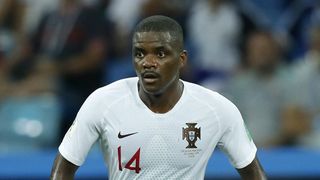 Real Betis have completed the signing of William Carvalho on a five-year contract.

The Portugal midfielder, who started four games at the World Cup, helped his national side to become Euro 2016 champions.

Carvalho was reportedly close to joining West Ham last August, leading to a legal row between the Premier League side and Sporting.

But despite the 26-year-old since being linked with clubs including Inter and Everton, Betis confirmed his arrival on Friday.