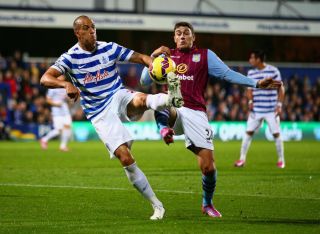 The 33-year-old has impressed after starting QPR's last two matches, a spirited 3-2 loss against Liverpool and Monday's 2-0 victory over Aston Villa.

However, QPR manager Redknapp stated that he has to manage Zamora effectively in order to keep him as fit as possible.

"Bobby has been very important for us," Redknapp said.

"After about 60 to 65 minutes he has to come off, but when he's on the pitch he has been outstanding.

"We were bringing him off the bench to start with, but we've reversed it and started him recently.

"He's been captain and great in the dressing room, I couldn't be more pleased with Bobby.

"He's got his hip [problem] but he manages it and when he plays he's been great and his attitude has been first class."