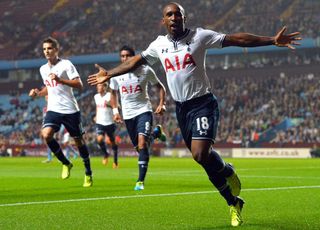 Redknapp has been linked with another raid on his former club to bolster his attack at Loftus Road - which has been largely reliant on 12-goal Charlie Austin this term.

Defoe is reportedly set to join Toronto FC, but the MLS season does not start until March and it has been suggested the former West Ham man could make a short-term switch to QPR in the meantime.

Redknapp is also an admirer Kane, but the 20-year-old was praised by boss Tim Sherwood after coming off the bench in Tottenham's win at Manchester United on Sunday.

And the QPR boss is not expecting either player to drop down to the Championship.

He said: "I would love him (Defoe) on loan for a couple of months but I couldn't see a possibility of it happening and we've never discussed it.

"Harry came on at Man United so I think he's in Tim's plans.

"I'd be surprised if Tim, if he loses Defoe, (lets Kane leave) as he'd only have two strikers."