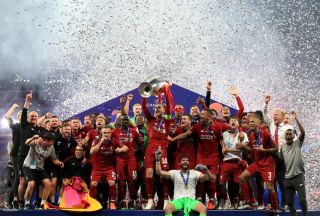 The Champions League knockout stage gets under way this week with last year’s finalists Liverpool and Tottenham both in action.

Here, the PA news agency takes a look at some of the talking points concerning this week’s round-of-16 first-leg action.

Liverpool’s remarkable Premier League campaign will take a back seat as they return to the scene of Jurgen Klopp’s finest hour so far, the Wanda Metropolitano Stadium, to face Atletico Madrid. The Reds were crowned European champions at the same venue last June when beating Tottenham 2-0 and head back to the Spanish capital in ominous form. Unbeaten this season and 25 points clear at the top of the English top flight, they are also in the last 16 of the FA Cup and have their eyes fixed firmly on the treble.

Liverpool, fighting on three fronts, face five games in 18 days and Klopp has several selection dilemmas following Saturday’s 1-0 win at Norwich – their 17th consecutive Premier League win and one shy of Manchester City’s record. Sadio Mane stepped off the bench to lash home the winner at Carrow Road and Fabinho is also expected to start on Tuesday night. Midfielder Naby Keita and Alex Oxlade-Chamberlain may have to make way, but Klopp has plenty of options with an FA Cup fifth-round tie at Chelsea looming on the horizon.

Atletico’s pedigree not in doubt

Liverpool’s opponents Atletico are in the middle of a poor run of form and are in danger of slipping out of LaLiga’s top four after winning just two league games since the turn of the year. But there is no denying the Rojiblancos’ pedigree in European competitions having reached two Champions League and three Europa League finals in the last 10 years. Diego Simeone’s side, who will relish being the underdogs in front of a partisan crowd, have lost only one of their last 12 home games against English opposition.

Tottenham’s last-16 opponents RB Leipzig will provide a stern test. After going four games without a win Julian Nagelsmann’s side bounced back to form by beating Werder Bremen 3-0 on Saturday and sit one point behind Bundesliga leaders Bayern Munich. Spurs boss Jose Mourinho has been highly critical of the Premier League’s fixture schedule again, with his side set to complete three games in seven days at London rivals Chelsea on Saturday after star man Son Heung-min’s stoppage-time winner at Aston Villa on Sunday.

Borussia Dortmund lie in wait for former boss Thomas Tuchel and his high-flying Paris St Germain side. Atalanta face Valencia in Tuesday night’s other last-16 tie, but the atmosphere in Bergamo is unlikely to reach the fever pitch that is expected at a sold-out Westfalenstadion. The majority in a crowd of over 80,000 will be hoping Borussia stars Jadon Sancho and Erling Braut Haaland, who has notched nine goals in his first six appearances for the club, can maintain their outstanding scoring form.