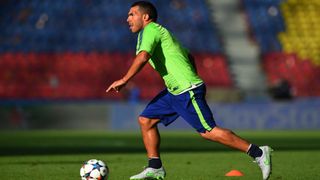 Carlos Tevez's agent Kia Joorabchian is adamant the Argentinian's recent retirement threat was nothing more than a trademark display of his "erratic" personality.

The 32-year-old has been turning out for his boyhood club Boca Juniors in Argentina since June 2015 but has grown frustrated during his time at La Bombonera, with a red card for dissent in the 3-0 defeat of Belgrano on September 11 seemingly the last straw.

Tevez claimed journalists and the media were to blame for his resulting three-match ban, prompting him to openly ponder quitting the sport.

Joorabchian, however, thinks it was just a heat of the moment comment, telling Goal: "Obviously I have a very big relationship with Carlo; he is like my son.

"I love him to bits, but Carlos is Carlos. Carlos Tevez wouldn't be Carlos Tevez if he didn't act erratic sometimes.

"Then two days later he could be ready to go back and fight for the Champions League – that's Carlos. He has plenty to offer the game still."