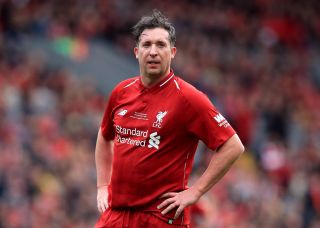 Former Liverpool striker Robbie Fowler believes the current Premier League season must be played to a conclusion, however long that may take.

Fowler is now manager of Brisbane Roar in Australia’s A-League, which confirmed on Monday it will play the final six matches of their regular season behind closed doors in order to conclude the campaign.

He believes that is the correct approach and thinks the Premier League should be prioritising the current season, no matter the timescale.

“I think the season has to play out, regardless of how long we have to wait,” the ex-England international told Sky Sports News.

“In all fairness I think they (the Premier League) should wait as long as it takes and then play all the games.

“If any season is going to be interrupted it should be next season because then everyone starts on a level playing field and knows what the implications are.”

Asked whether, if that could not be the case, his former club – 25 points clear at the top of the table and two wins from guaranteeing a first title in 30 years – should be awarded the championship regardless, Fowler added: “It’s a tough question. With my Liverpool head on I am going to say yes.”

Football Federation Australia has chosen to continue playing A-League matches in an attempt to get the campaign finished, although no decision has yet been taken on what to do for the end-of-season A-League 2020 finals series play-offs.

That means it remains business as usual for Fowler, albeit in quieter circumstances.

“The leagues over here are trying to suspend games but the general consensus is the league will go ahead but behind closed doors and the league will be condensed into a shorter period,” he added.

“Atmosphere-wise it is never the same when you are playing a competitive game in an empty stadium but we have to listen to what the relevant authorities say. It is up to us as a playing group to raise the atmosphere.

“I think everyone is a little bit scared but life for us still goes on as we are trying to train the lads for games.

“Our game is behind closed doors this weekend so everything goes on as normal.

“The office staff have been told to stay away so the football department are on their own.”