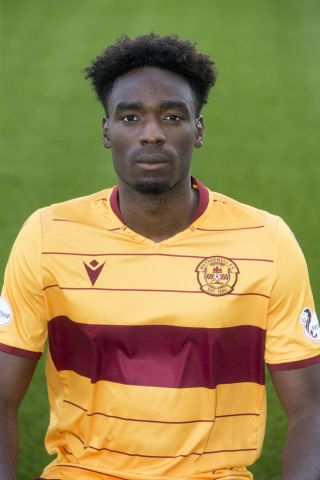 Motherwell manager Stephen Robinson feels he is close to securing a new striker to replace the departing Devante Cole.

Cole, who missed the Boxing Day win over Ross County through illness, is set to return to Wigan following the end of his loan spell after hitting four goals in the Ladbrokes Premiership.

Robinson said: “We are down the road already with trying to get somebody in.

“We don’t have masses of money to spend and buy three or four players. We still have players to come back in the squad – Charles Dunne, David Turnbull, Christian Ilic, Christy Manzinga, who has been on and off injured.

“But we have to try and bring a striker in and we are quite close to doing that.”

Robinson is also working on his goalkeeper situation, with both Mark Gillespie and Trevor Carson out of contract in the summer.

Livingston and Aberdeen have been linked with pre-contract moves for Carson, who has been unable to regain his place since returning in the summer from a long spell out with deep vein thrombosis.

Robinson said: “We have offered both contracts and they have been on the table since the summer. I am desperate to get at least one guaranteed to be here for next season. Negotiations are ongoing.

“They both know what I think of them. It’s frustrating for the one who is not playing, I totally understand that, I have been a player. And I am not surprised that either would be linked with other clubs because they are top, top goalkeepers.”

Motherwell host neighbours Hamilton on Sunday looking to ensure they finish 2019 in third place in the Ladbrokes Premiership.

Both sides are desperate for points for different reasons, with Accies three points off the bottom and Robinson’s men aiming to stay ahead of Aberdeen and maintain their healthy lead over the teams below.

“We have to weather the storm, it will be 100 miles an hour as all derbies are,” he said.

“I think we have the quality in the squad to take the game to them.

“I have watched Accies play quite a few times, they have some very good footballers in the team. Their position doesn’t really relay how they have been playing, their performances have been decent. I’m sure Brian will feel that as well.

“Everyone thinks we are sitting third in the league, they are down near the bottom, but that goes out the window on derby day.

“The fans will be right up for it, we are hoping they will come out in their numbers and support us before the winter break.

“Ultimately it will be down to who manages the game best, not to get caught up in the emotion of it, and we make sure we play our game and play with a coolness and calmness about us as we have done in recent weeks.”