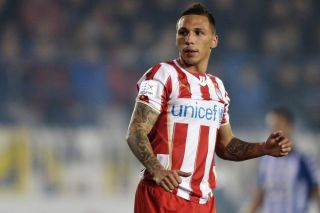 Holebas has penned a three-year deal with last season's Serie A runners-up after playing an integral role in Greece's run to the last-16 at the World Cup in Brazil.

The 30-year-old's move to Roma ends his trophy-laden four-year spell with the Greek giants, having arrived from German outfit 1860 Munich in 2010.

He won the Greek Superleague title in all four seasons at the Karaiskakis Stadium, while he also lifted back-to-back Greek Cup trophies.