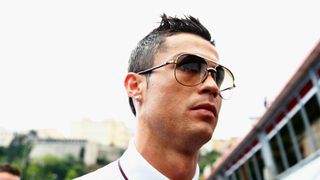 A film is to be made documenting a year in the life of Real Madrid forward Cristiano Ronaldo, the Portugal international has revealed.

Ronaldo teased an announcement on Monday before confirming that the documentary, entitled 'Ronaldo', was to be made, with further details expected in the coming weeks.

The film is to be released worldwide later this year with its Twitter account claiming: "'Ronaldo' is a powerful documentary following a year in the life of the world's best footballer."

Ronaldo has shunned the limelight in recent weeks, having stated in March that he would not speak to the press again until the end of the season.

However, he looks set to follow fellow sportsman Usain Bolt onto the big screen, with the 100 metre world record holder to be subject of a new documentary during the build-up to the 2016 Olympic Games in Rio.